The Codex Gigas has always stimulated people's imagination and been the subject of myth and legend.

Already in the Middle Ages, a legend was told of a monk in Podlažice who was walled up while still alive for his sins. He tried to expiate his guilt by writing the world's largest book in a single night.

The Evil One assisted him, had his portrait painted in the book, and demanded the monk's soul in return.

When he realised that the task was beyond his powers, he called on the Devil for help. The Evil One assisted him, had his portrait painted in the book, and demanded the monk's soul in return. The day was saved for the monk, but he never had another moment’s peace. Eventually he turned to the Virgin Mary and prayed for salvation. The Virgin extended him a helping hand, but the penitent died the very moment he was supposed to have been freed from his contract with the Devil.

This legend is a variant of a highly popular medieval tale about Theophilus the Penitent. It contains the same elements as the legend in the Devil's Bible: a pact with the devil to attain the impossible, regret afterwards, the Virgin Mary's mercy and the rapid death of the penitent. These elements are also found in the Faust legend, known from the 16th century.

The second motif of the legend represents the medieval conviction that one could atone for sins through writing. This motif is also found in a story referred to by the English historian Orderic Vitalis (1075–1142). It tells the story of a sinful monk who was also a talented and devoted scribe of books. After death, his soul was saved from the torments of hell at the last moment thanks to a very large book he had written. When each letter of the book was weighed against each of his sins, in the end the scale was tipped in his favour by a single letter. 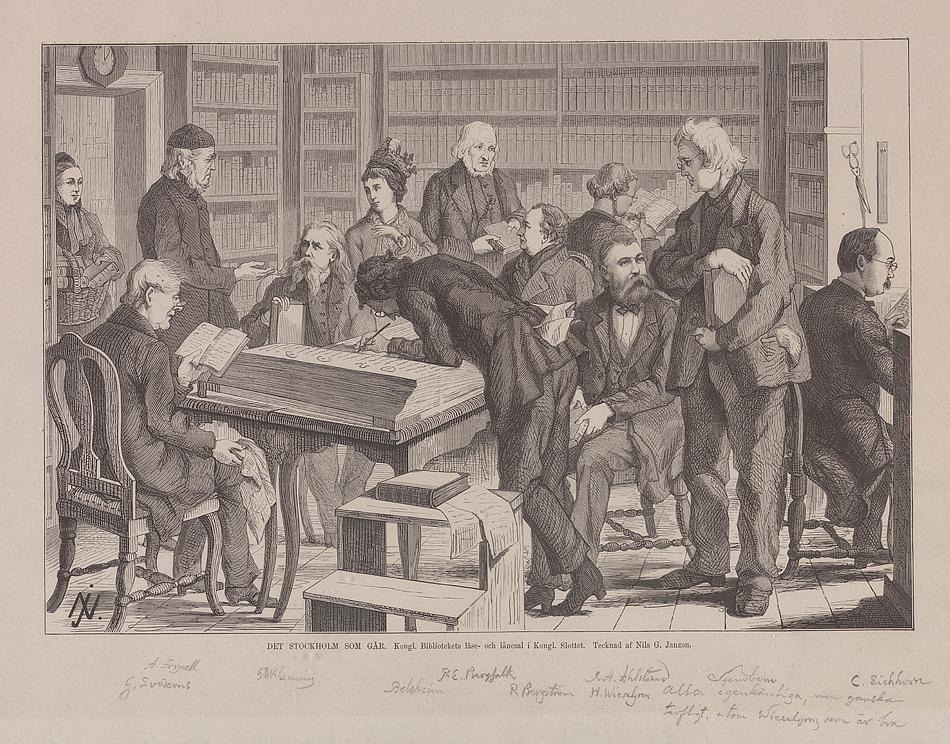 The caretaker and the dancing books

The Devil's Bible kept its magic even after the Middle Ages came to a close. New legends came about as well. Tokroliga anekdoter (“Hilarious Anecdotes”), published in 1858, tells the story of the National Library's caretaker being trapped inside the library's main hall after falling asleep. Upon waking, he thought he saw the books climb down from the shelves and float about the room in a whirling dance. They surrounded the Devil's Bible in all directions and the giant book joined the dance.

Upon waking, he thought he saw the books climb down from the shelves and float about the room in a whirling dance.

Library staff found the petrified caretaker cowering under the table the following morning. He “…was and remained feeble-minded from that day on and had to be admitted to the madhouse”.

The author Eugène Fahlstedt has told the story of his friend August Strindberg bringing his companions along to the library to read the Devil's Bible sometime in the 1870s. It was the middle of the night, but Strindberg, who worked at the National Library, used his set of keys to open the building. He brought out the Bible and “struck matches, and there in the glow of sulphurous flames, they … they… (gesture that they lean forward) … they read from the Devil's Bible.” 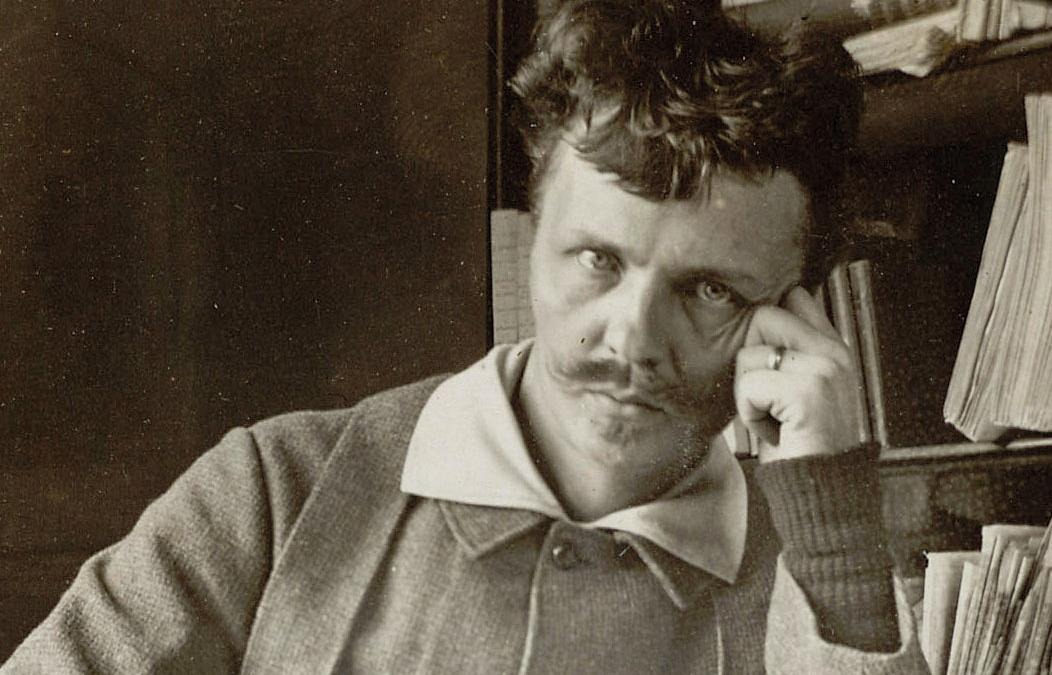 See the film about the history and myths of the Codex Gigas!
Last updated 2022-06-03
Dela:
Leave a comment