The National Library is both a library and a government agency. Our assignment ultimately concerns defending the values of democracy, equality, and free speech.

Do you need to contact the library? If you have any questions, please do not hesitate to contact us.

How to reach us
Assignments

As the National Library of Sweden, we collect, preserve, and provide access to everything published in Sweden.

Find out more about the Library

Dialogus Creaturarum is the first printed book in Sweden. The National Library holds two copies. The book is written in Latin and contains fables and cautionary moral tales. The first Royal Librarian, Johannes Bureus, was appointed in 1611. His legacy contains, among other things, a large notebook called Sumlen, which has also given name to a restaurant in Humlegården. Sumlen is bound in a parchment from a medieval Latin manuscript and contains close to 700 leaves.

The title National Librarian was first awarded on New Year’s Day 1910 to Erik W Dahlgren, who had worked as a head librarian since 1903. 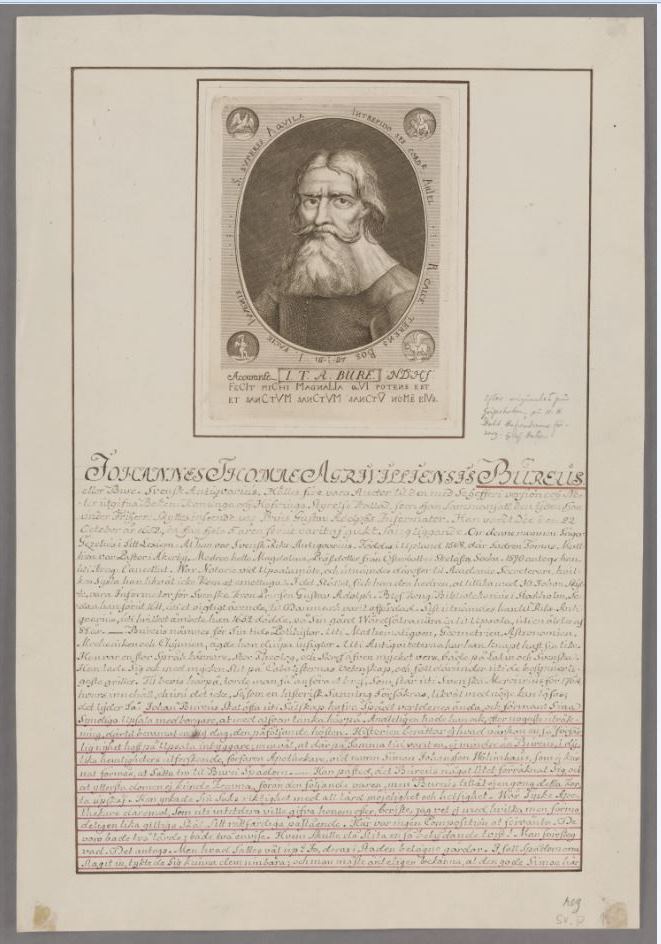 The engraving depicting Johannes Bureus is made after an oil painting from 1627.

The Codex Gigas – also known as the Devil’s Bible – came to the National Library as part of war spoils from the Thirty Years’ War in 1648.

It was originally from a monastery in Bohemia (now the Czech Republic). In 1594 Emperor Rudolf II moved the Codex Gigas to his castle in Prague, where it remained until it was taken as booty at the end of the Thirty Years’ War by the Swedish Army, and brought to Stockholm. It was incorporated in the collections of Queen Christina of Sweden. In 1878 the work was moved from the Royal Palace Tre Kronor to the newly built National Library building in Humlegården.

Read more about the Codex Gigas 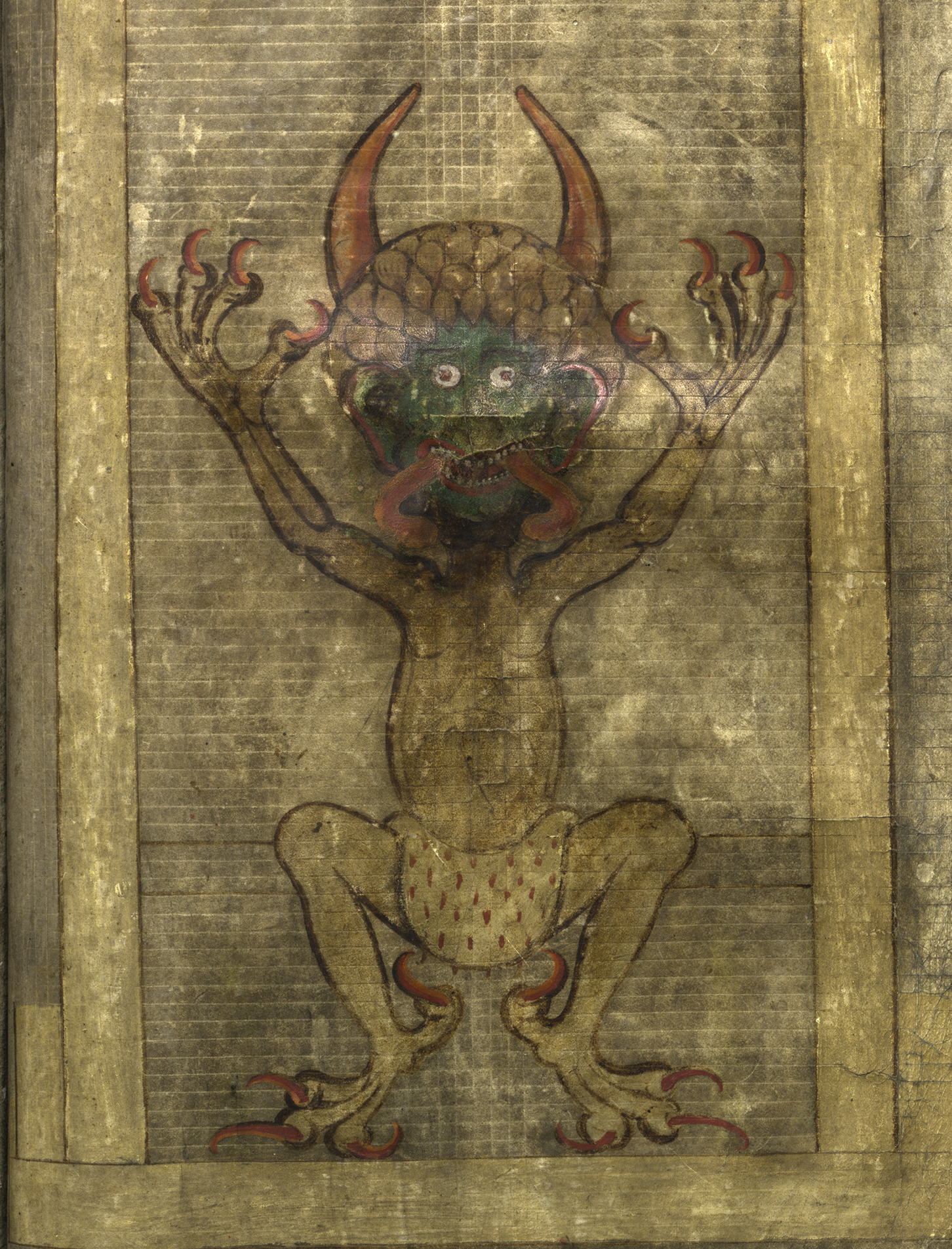 The first Legal Deposit Act is passed, requiring every printer to provide a copy of all printed publications in Sweden to the Royal Library, before the work was disseminated. 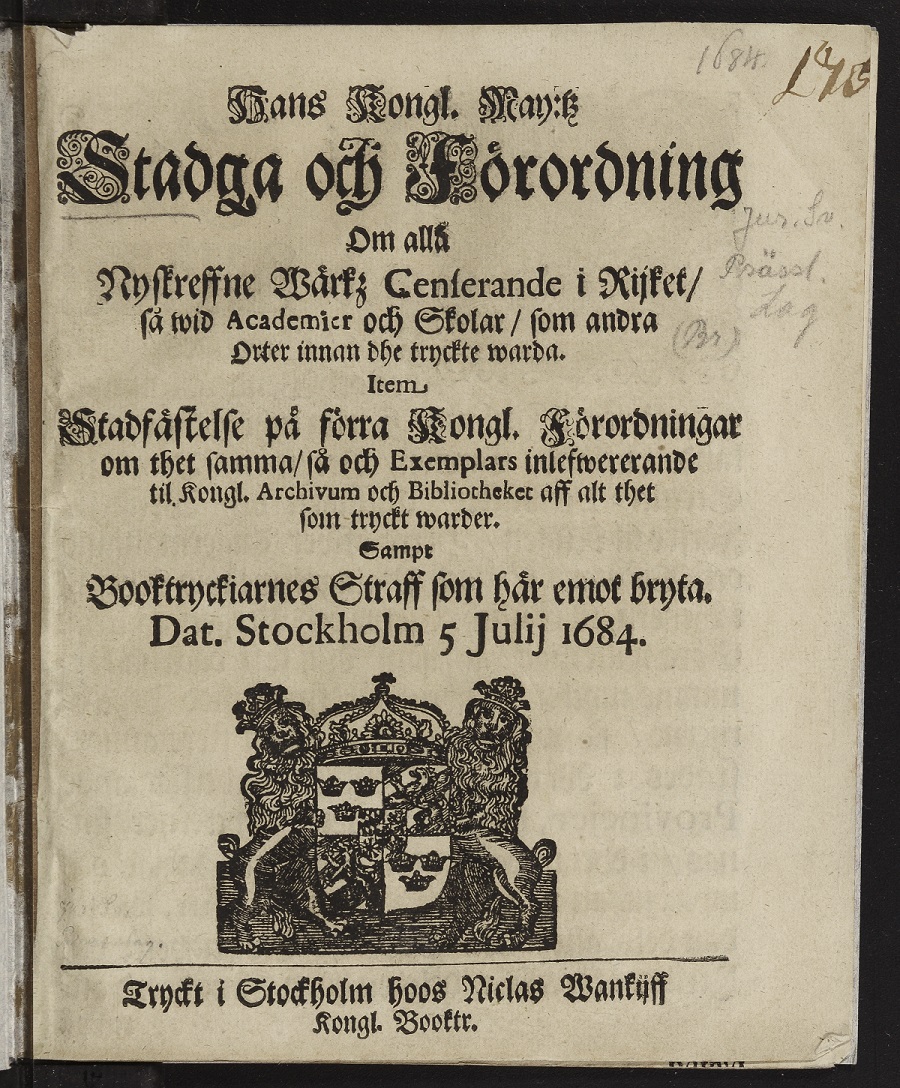 On the 7th of May 1697 the Royal Palace Tre Kronor burns down, and two thirds, about 17,000 books and 1000 manuscripts of the Royal Library’s collections are destroyed in the fire.

The Royal Library moves into the wing of the new Royal Palace, which today houses the collections of the Bernadotte Library. 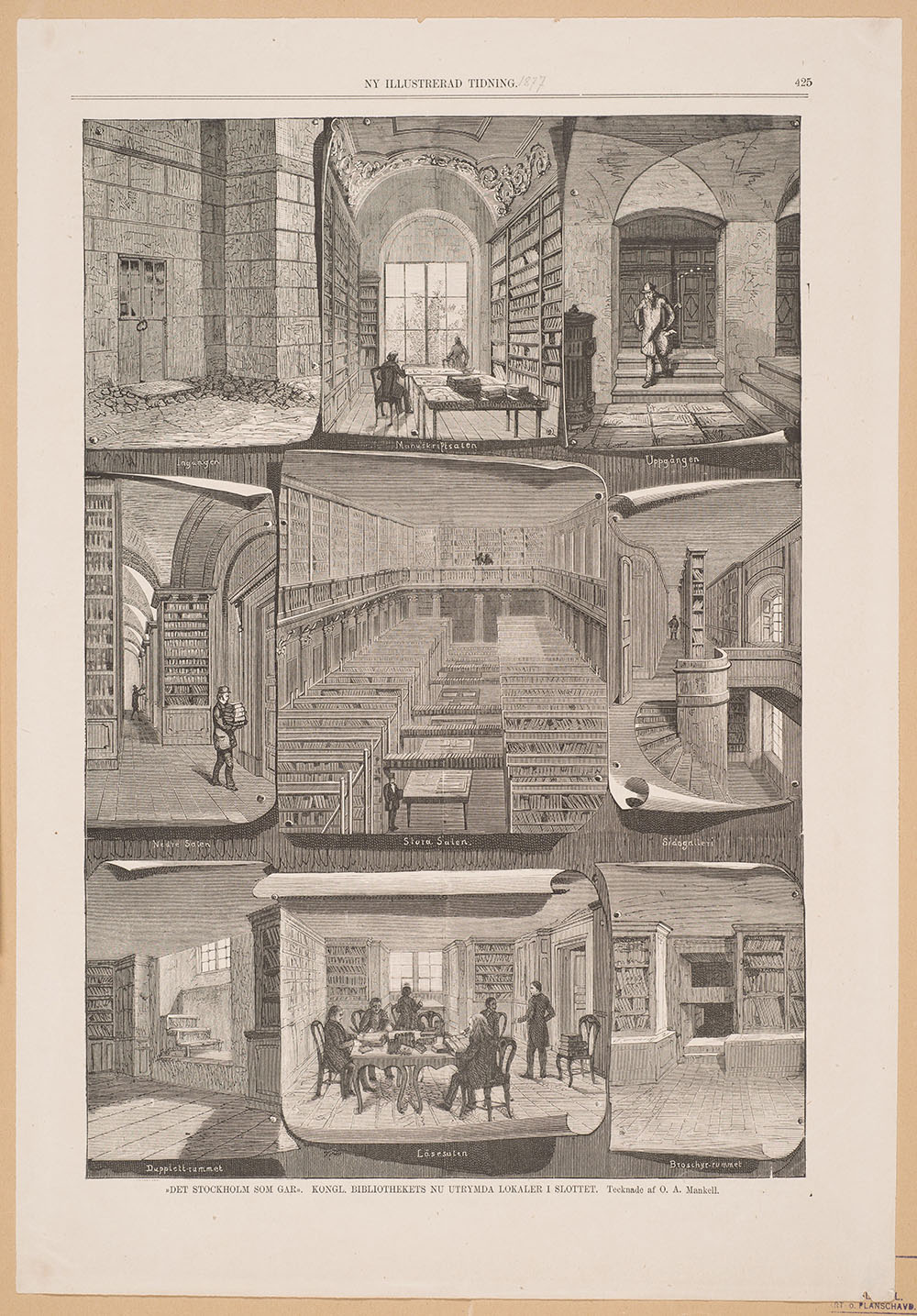 The Royal Library is governed by its most famous acting head throughout its history, Gustaf Edvard Klemming. In July 1871 foundations are laid for the new library building in Humlegården. The famous Swedish writer August Strindberg served as amanuensis at the Royal Library from 1874 to 1882. This was his only long-term post in the civil service and a merit which he would come to refer to many times throughout his life. Apart from books, the National Library has a large amount of material by Strindberg, such as manuscripts, photographs, and, not least, books. He was a very prolific writer and there are about 4000 letters kept at the National Library which Strindberg wrote to friends, colleagues, to his family and his publisher. The photograph below dates from 1875 when Strindberg was 26 years old. 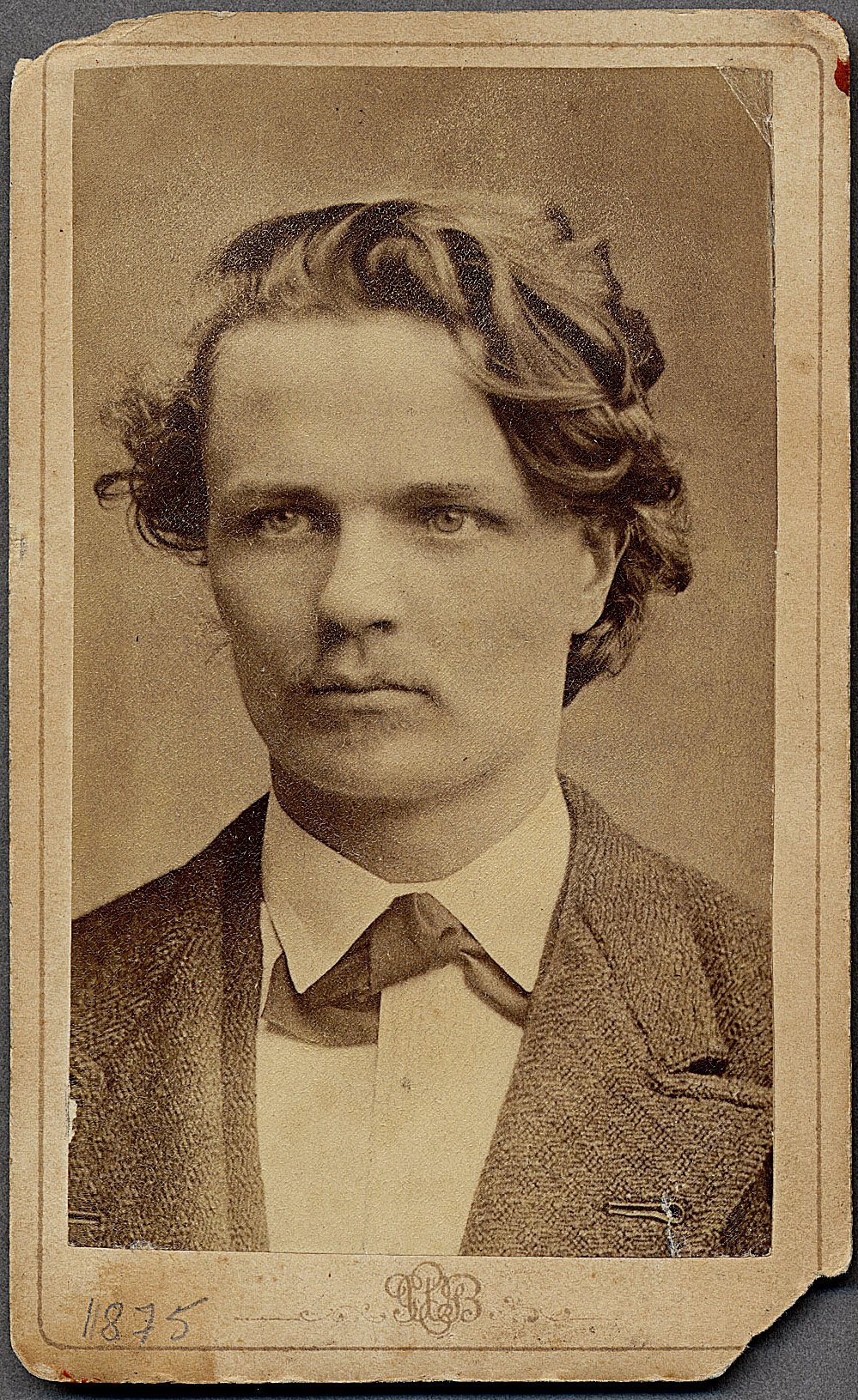 On the 9th of November 1877 the library becomes an independent authority and formally the National Library of Sweden.

On the 2nd of January 1878 the new library building in Humlegården is officially opened. The architect was Gustaf Dahl. The Royal Library in Humlegården, about 1883. Photographer: Axel Lindahl.

Valfrid Palmgren Munch-Petersen (1877–1967) was a pioneer within the library world and the first female employee of the National Library. Her book Libraries and public education (1909), initiated an important period of development of Swedish public libraries. 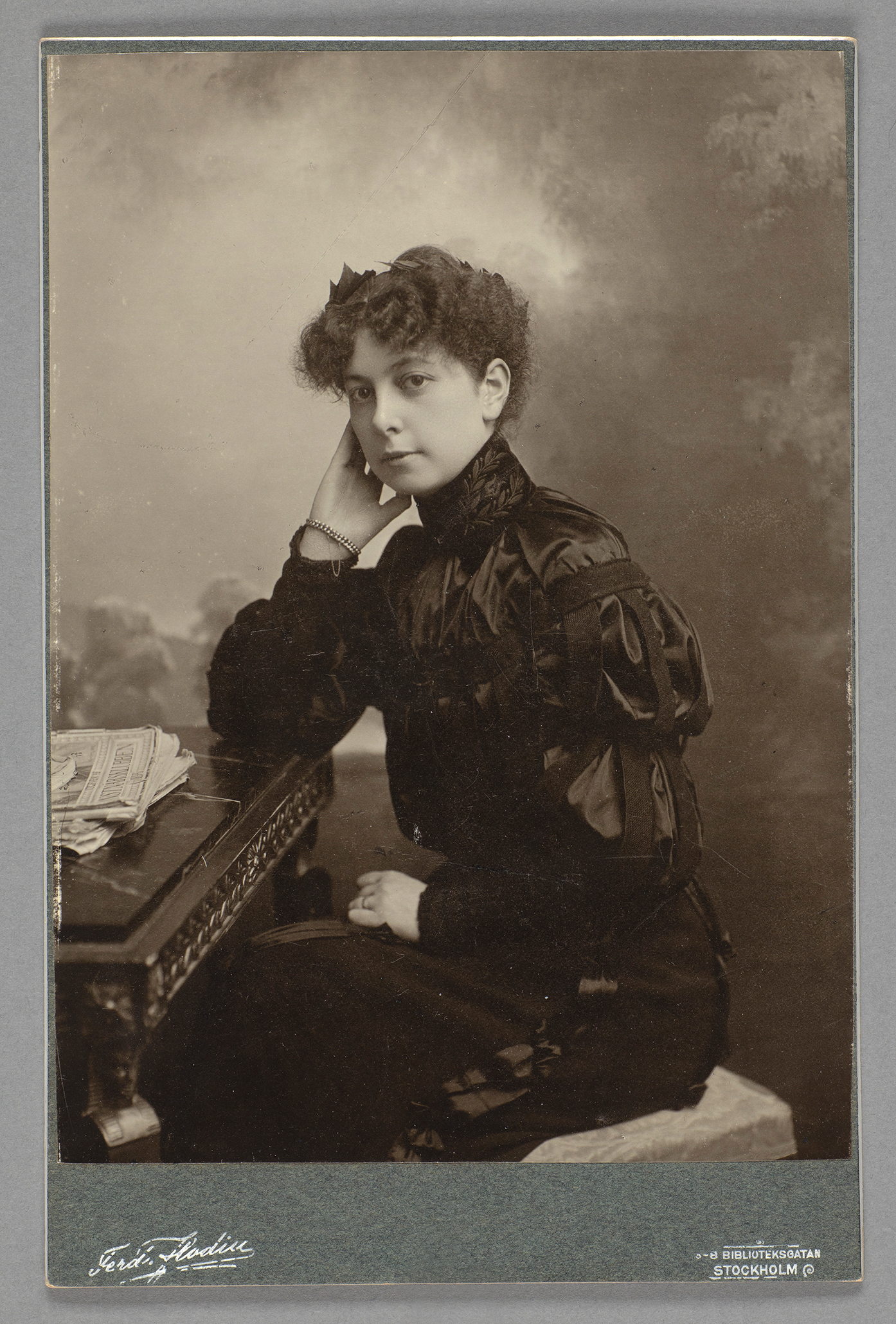 Two additional wings to the east and west of the original building from 1878 are opened. The architect was Axel Anderberg. Preparations for the 1926 expansion. The new research room was combined with a journal reading department.

The National Library undergoes extensive reconstruction work and has extensions built in several phases. The first of the two underground book storage rooms is built. The architect was Carl Hampus Bergman.

The Rogge Library, which holds the collections of Strängnäs’ diocese and secondary grammar school library, merges with the National Library. 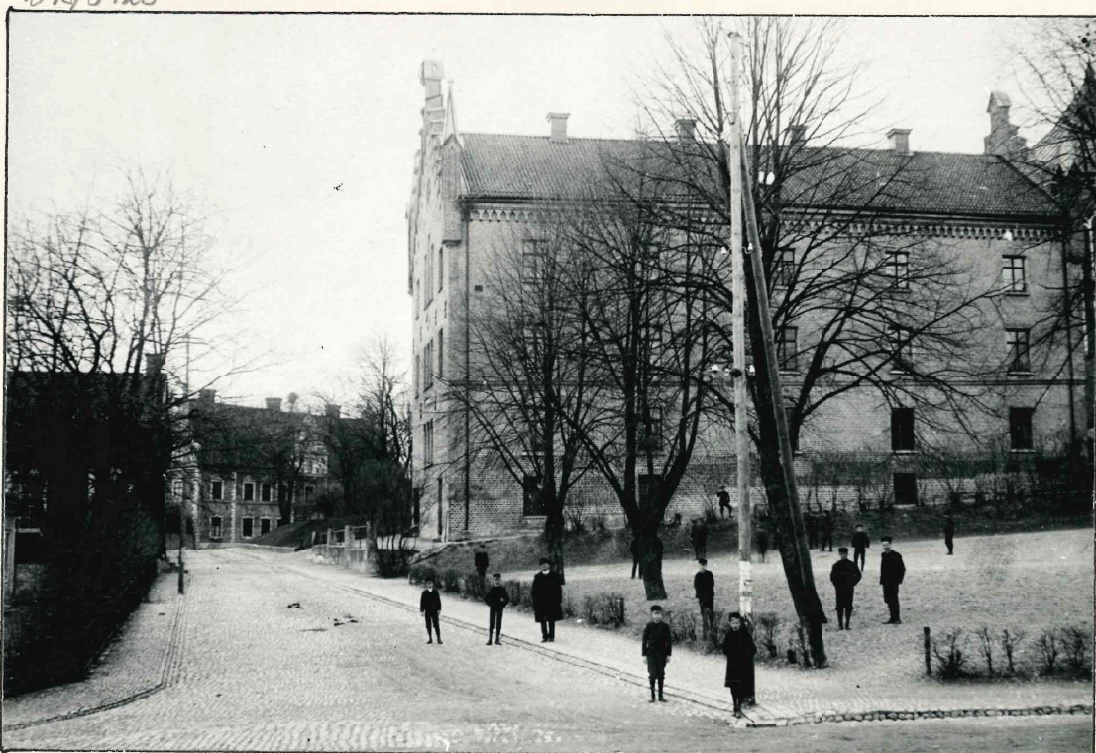 The national union catalogue Libris is deployed. This marks the beginning of the digitisaton of Swedish libraries. The act on "the duty to deliver" applies to film, music, radio, tv and multimedia. Birgit Antonsson becomes Sweden's first female National Librarian. She was first employed as a library council at The Royal Library in 1987 and was then chosen as National Librarian in 1988. She held this position until 1995 when she became Director-General of the Ministry of Education. The act of "the duty deliver" is applied to computer games and interactive media. 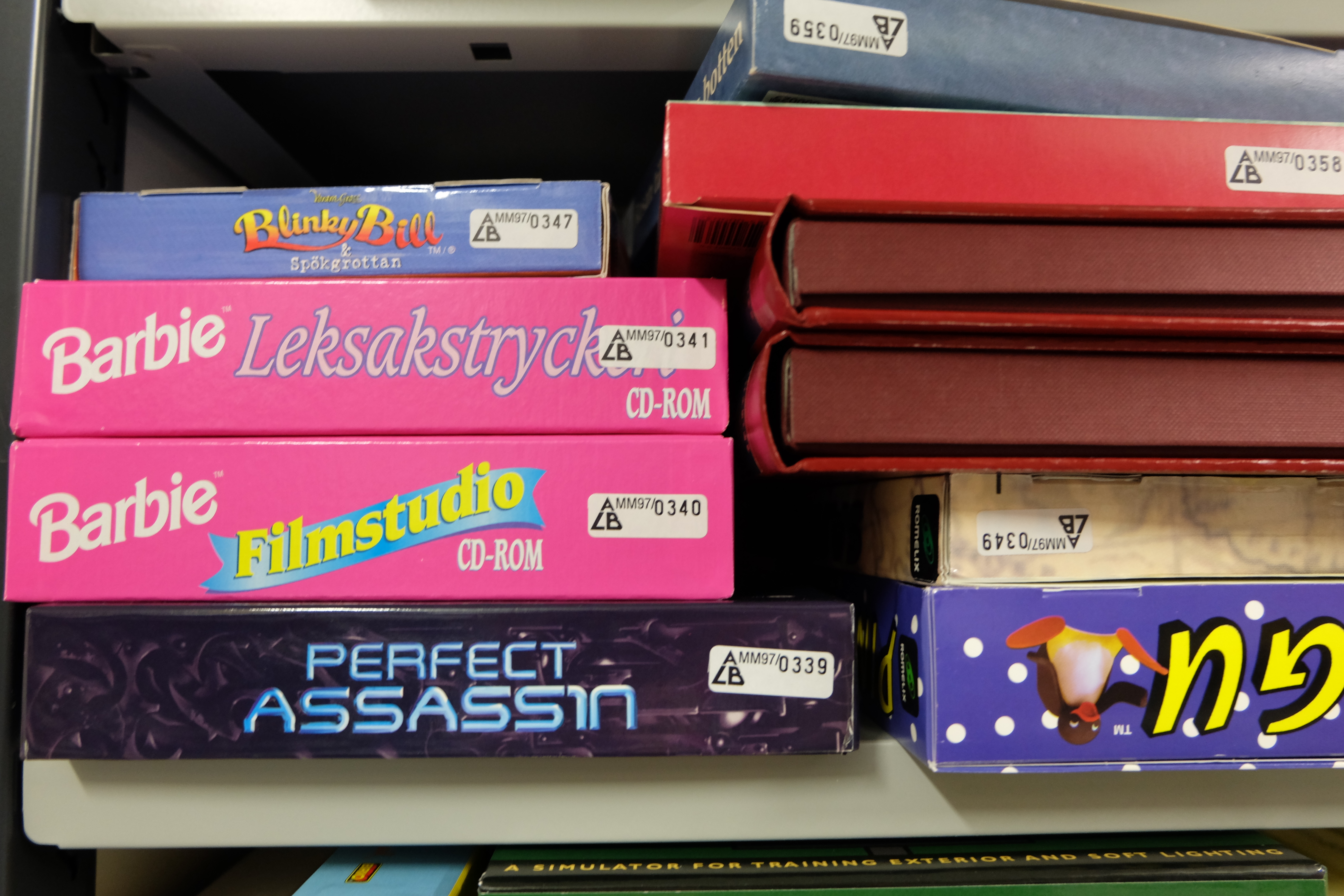 The National Library commences a mass digitisation of audiovisual media such as sound recordings, radio and tv broadcasts. The National Library merges with The Swedish National Archive of Recorded Sound and Moving Images, becoming one government agency. The National Library merges with the Film Archive in Grängesberg [Filmarkivet.se], a Swedish cultural archive for Swedish films. The Legal Deposit Act for Electronic Material (2012:492) was introduced. The legal deposit regulations now made it possible to collect digital material published for the general public in Sweden. The Act came into full effect in 2015. The National Library of Sweden receives a government assignment to create and formulate a national strategy for the Swedish library sector.