It is possible to determine where the Codex Gigas was produced based on the manuscript's content and notes. But it is harder to know who the scribe was.

Caretaker Gustavsson with the Codex Gigas in the showroom at the National Library 1929.

Origin in what is now Czechia

The Codex Gigas was written in medieval Bohemia. We know that because the manuscript's calendar mentions Bohemian saints. In addition, the manuscript's necrology (medieval list of dates of death) contains a large number of Czech names of both well-known and obscure people. A chronicle about Bohemia further confirms the origin of the Codex Gigas.

Clues to the dating

The manuscript has been dated to 1204–1230. This conclusion is based on several different clues.

Who wrote the Codex Gigas?

The Codex Gigas’ scribe is unknown. It has been speculated whether it could have been the monk Herman, whose name appears in the manuscript's necrology for 10 November with the designation inclusus (shut in). The term inclusus was taken to imply an association with the legend of the sinful, immured monk who, with the Devil's help, was said to have written the entirety of the Codex Gigas in a single night.

The term inclusus actually denotes a person, usually affiliated with a monastery, who lives in isolation in a cell for religious reasons, or as a penitent. After a trial period lasting at least one year, such a man could be locked away in a cell by a bishop. Sometimes this cell would be walled shut, accompanied by a requiem mass sung by monks to symbolise a funeral. This way of life was not uncommon among Benedictine and Cistercian monks.

Sometimes this cell would be walled shut, accompanied by a requiem mass sung by monks to symbolise a funeral. 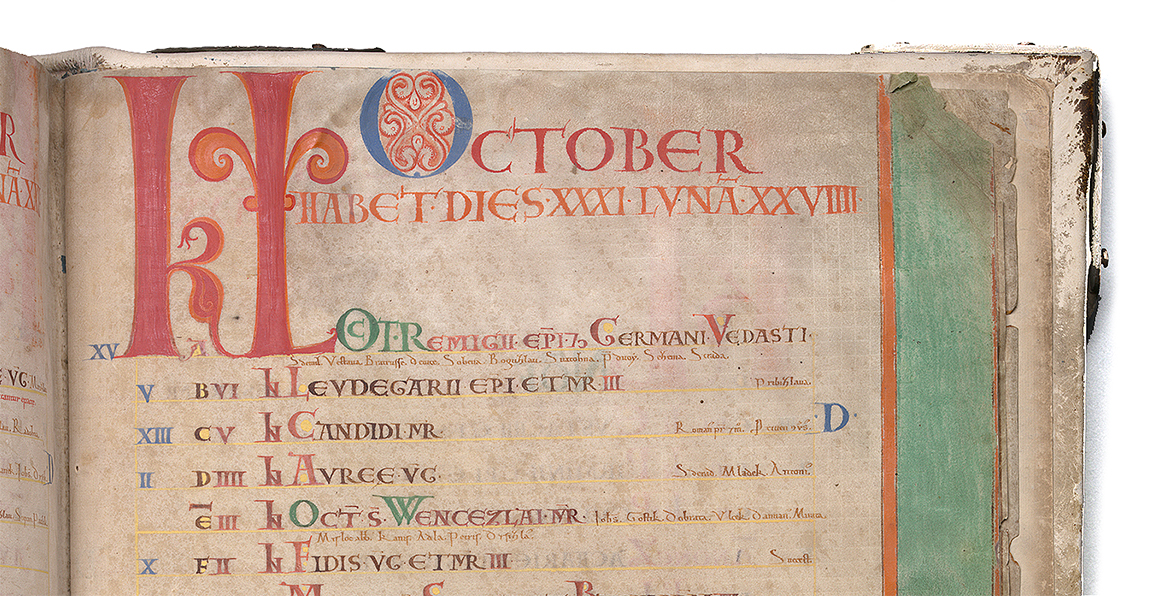