From Prague to Stockholm

The Codex Gigas came to Stockholm as spoils from the Thirty Years' War in 1649. 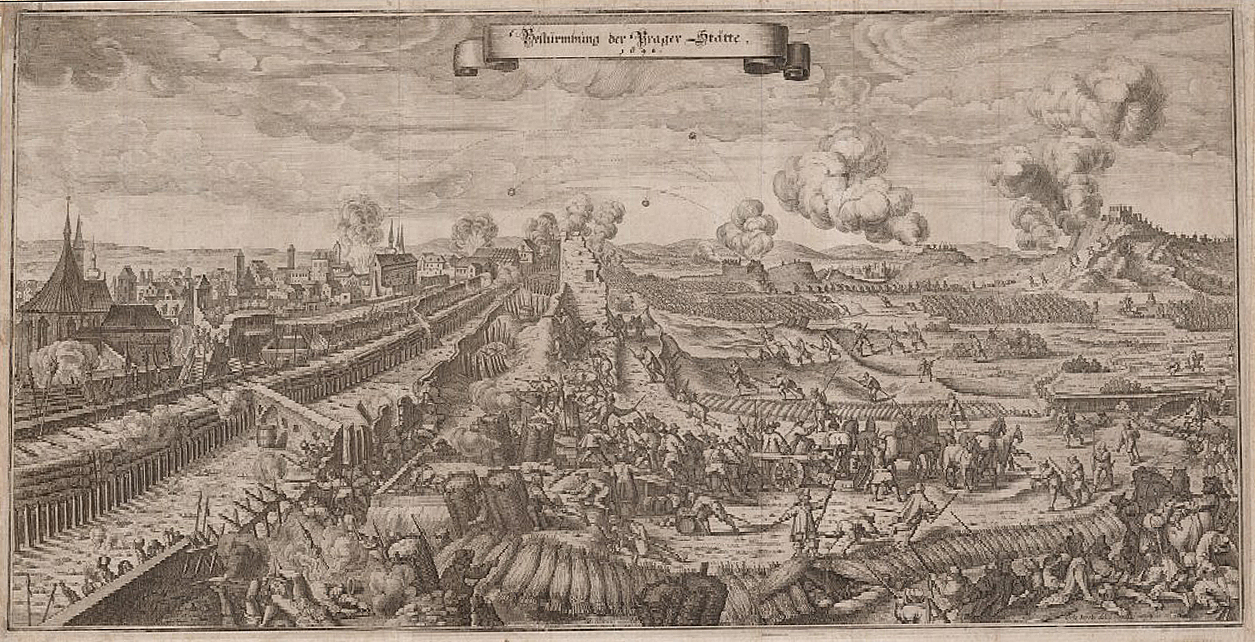 Early on the morning of 16 July 1648, during the very last stage of the Thirty Years' War, a Swedish force numbering one hundred men scaled Prague's city walls. The soldiers managed to take the guards by surprise, and were soon joined by 3000 men from the outside in plundering the city.

The looting went on for two days.

The looting went on for two days. The troops walked off with rich spoils by following a detailed plan. The inventory drawn up during the conquest mentioned hundreds of art books of all kinds. Among them two world-famous manuscripts: The Codex Gigas and the Codex Argenteus, also known as the Silver Bible, which today is kept at the Uppsala University Library.

The spoils of war were sent to Sweden and most of the precious books ended up in the palace library. Eventually the queen took the most precious books with her to Rome when she abdicated. But she chose to leave the Codex Gigas behind.

Eventually the queen took the most precious books with her to Rome when she abdicated.

A large part of the spoils that remained in Sweden was subsequently destroyed in various fires, while other items were sold at book auctions during the 18th century. Some of the items have been preserved, and can now be found mainly at the National Library and at the university libraries of Uppsala and Lund.

To return the spoils?

The issue of whether to return the Swedish spoils of war has been raised several times. According to basic legal principles, an act must be judged according to the law that prevailed when the deed was done. In other words, it would be unlawful to apply modern legal rules to acts that were committed in the 17th century. The old “crimes” fall under the statute of limitations.

Perceptions of right and wrong have shifted over the centuries. What we see as criminal today has not always been thought of in that way. European libraries and museums are full of pieces taken as spoils of war during epochs when this was considered lawful. These pieces have been given new homes where in some cases they have been preserved for much longer than they otherwise would have been. Returning the spoils of historical wars would create chaos, with unpredictable legal consequences.

However, we should care for the pieces in the best possible way and make them available. They are now our common cultural heritage.